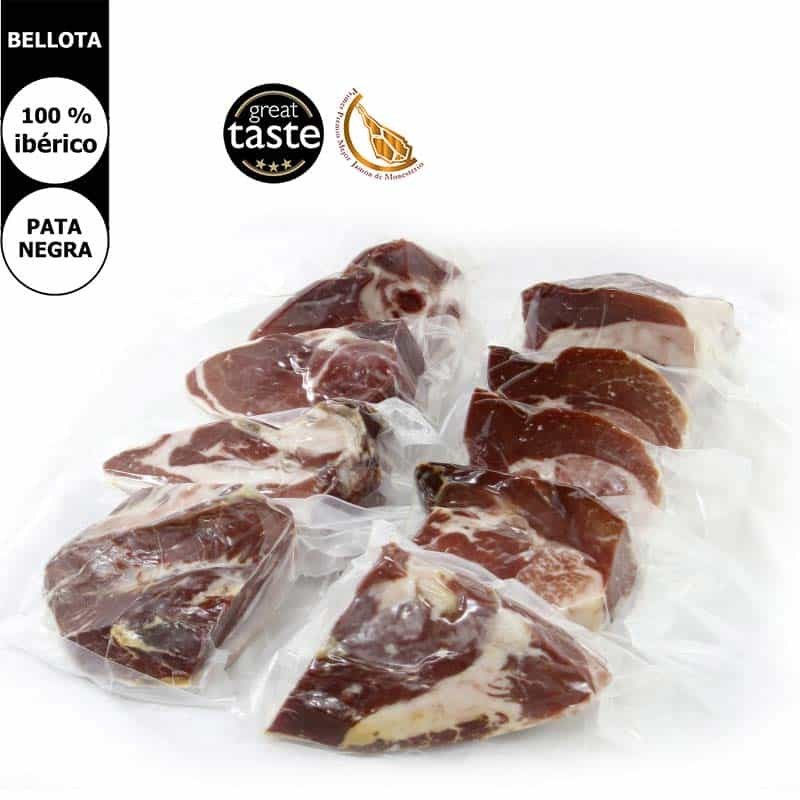 Boneless pata negra ham, made in the Sierra de Extremdura from purebred Iberian pigs, better known as pata negra or 100% Iberian. Internationally recognized as one of the best hams of Spain, for its high quality, this pata negra has been awarded up to 7 times in the Great Taste Awards.

It has also been awarded on several occasions as the best pata negra ham from Monesterio (Extremadura), where the birthplace of Iberian ham is located.

It is a totally natural pata negra ham, elaborated in a traditional way, without preservatives (only ham and salt), with a curing process that can exceed even 4 years, which gives it an unbeatable aroma and taste. It is presented boneless and vacuum packed.

Boneless pata negra ham, made from 100% Iberian pigs that feed in the open air while grazing in the Spanish pastureland, mainly on acorns.

It is a pata negra ham (100% Iberian and acorn-fed); the highest quality on the market as far as ham is concerned. Furthermore, it is made only with ham and salt, without preservatives, as tradition dictates, in a totally traditional way.

The elaboration process of this pure Iberian ham reaches 4 years of curing, which supports the high quality of the product obtained.

With this piece, you will be able to enjoy an authentic boneless and polished pata negra (without rind or fat remains and vacuum packed), ready to be cut by machine or by hand, with the help of a specific ham holder for boneless ham and served on a plate or platter.

The boneless ham is presented in one piece. If you want it in pieces, let us know at the time of purchase and we will send it to you in pieces at no additional cost to you.

Weight equivalents between the whole ham and the boneless ham:

Awards of the ham pata negra of Extremadura:

Considered one of the best when it comes to pata negra ham from Spain. Its quality has been awarded 7 times in the Great Taste Awards of the United Kingdom, known as the "OSCAR" of the gourmet food products, in the whole world.

It has also been recognised nationally as one of the best after winning the award for the best acorn-fed ham in Monesterio (Extremadura), known as the birthplace of Iberian ham in Spain, on two occasions (2017 and 2019).

2 other products in the same category: 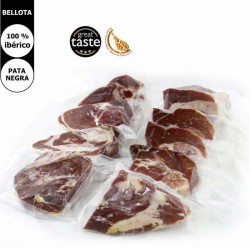 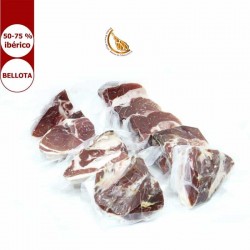 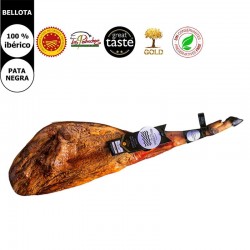 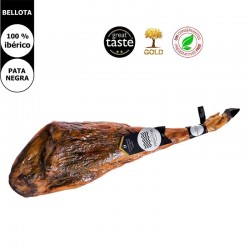